Compensation for injuries suffered in Utah airplane and helicopter accidents is available if you obtain serious, dedicated, and aggressive representation. A plane or helicopter crash is almost always catastrophic and usually fatal. If you or a loved one has suffered serious injuries by being involved in such a crash, we at Larson Law will fight for you to receive the maximum compensation available. Our team has the drive and skills to challenge and take on the biggest corporations and the most complex personal injury claims.

Common causes of airplane crashes are well known. They usually include

Plane crashes involving weather or environmental causes often could have been avoided and injuries minimized if an experienced, well-trained pilot and air-traffic controller had operated the aircraft properly and safely.

The Federal Aviation Administration (FAA) investigates every plane crash. This highly regulated industry is designed to protect you. The agency’s intensive investigation often uncovers the causes of aircraft accidents using the plane’s black box, in-flight conversations, instrument recordings, and other accident-reconstruction techniques. At Larson Law, we will thoroughly review FAA reports and analyze every claim made by pilots, aircraft control, aircraft manufacturers, plane mechanics, and corporate representatives to ensure justice is served and your rights are protected. Attorney Bryan A. Larson began his legal career working in the legal department of a helicopter and fixed-wing air services company in Utah. At the time, that company was the largest supplier of air ambulance services and seismic exploration services in the United States. 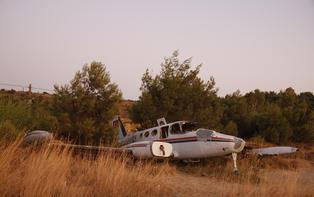